Lil Uzi Vert, a person whose existence screams out controversy among the hip hop community, can’t seem to be out of our news feeds. Though, he may not want this attention, it is undeniable that Lil Uzi Vert is “giftedly” weird. He has literally recalled being born in outer space. Furthermore, Lil Uzi Vert takes a good amount of influence from Marilyn Manson and the psychotic GG Alin. Due to these odd influences Uzi has created himself a unique rock star presence within his fashion choices.

Although, Lil Uzi Vert does wear casual streetwear clothing like most hip hop celebrities, some of his outfits really catch a lot of eyes and open new debates within the hip hop culture. Some people tend to give hate towards Uzi because of his feminine fashion preferences. He might come out as weird to the older generation, but for the younger majority, Uzi is popping right now and we want to support the rock star by showing off his best fashion moments.

(Warning– Due to the amount of shiny ass “ICE” that Lil Uzi Vert wears Draped Up strongly advises our viewers to wear some sunglasses for this blog.)

XXL is known for giving upcoming rappers another level of exposure and a sense of respect towards the new hip hop artist. Knowing this, Lil Uzi made sure to show off his luxurious rockstar style in the annual rap cypher. In this photo, you can see Lil Uzi sporting a denim jacket with an Anti(Rihanna) t-shirt, Goyard bag, Rick Owens Geobasket hi-top sneakers and a purple scarf with black pants.

Lil Uzi Vert at Camp Flog Gnaw gave the festival a new definition of being lit. Not only was his performance amazing, but his gear was too. He wore an all green outfit with weird floral patterns, which made him look like money. To be honest we don’t know where he got this outfit but it definitely suits the rockstar in him.

The Billboard Music Awards is no stranger to flamboyant, out-of-this-world, fashion moments and every year celebrities love to show off their fashion taste. Lil Uzi Vert decided to play his part by choosing a more “feminine” high end style at the 2017 red-carpet Billboard Music Awards. In this photo, you can see Uzi wearing a Valentino button down shirt with some icy jewelry.

Coachella 2017 did not disappoint due to the wide variety of artist that performed including Lil Uzi Vert. Although in week 1 Uzi had a fresh outfit, it was Week 2 that gave Uzi a more punk rock type of style that seem to have fit him more. Lil Uzi Vert wore a striped oversized long sleeve and possibly some Maison Margeila low top sneakers. He also had a spiked choker with other accessories.

Listen I know this might be far-fetched because of the amount of hate Uzi got for this outfit but hear me out. This outfit is on this list due to the fact that Uzi DOES NOT GIVE A F*CK! Credit has to be given to boldness no mater how feminine people think it may be. Art is all about expression and breaking boundaries, which Uzi did just that. We know that wasn’t what most of you wanted to hear, but if you’re still with us, lets see what Uzi wore. In his fit, he chose a slim fitting distress boat-neck striped top and accessorized it with a Goyard clutch and silver spike choker.

Lil Uzi Vert is becoming a prominent figure in the modern hip hop culture. He has shown the world how different he is from the status quo as well as effortlessly separating himself from other rappers and artist through his self-proclaimed rockstar vibe. Though, Uzi still has a long way to go to reach his full potential, he already seems to be breaking boundaries in the entertainment industry and with his latest billboard hit XO Tour Life, he’s only going to achieve way more.

In saying that, that’s it for Lil Uzi Vert’s best fashion moments. If you found this article to be entertaining, please give us a like and give us a share on social media. Also, don’t forget to sign up to our Draped Up newsletter to get exclusive information on streetwear apparel and future articles. 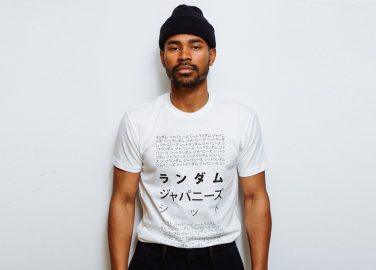 Why Are The Best Streetwear Brands Always On Top?

Why Are The Best Streetwear Brands Always On Top?

Lost your password? Please enter your username or email address. You will receive a link to create a new password via email.
Lost Password
X Close